The need to recruit and hire new IT personnel is the most pressing issue concerning the future of the federal IT workforce, particularly as agencies accelerate modernization and adoption of emerging technologies, according to a new report from the Federal CIO Council.

It’s no secret: More than 80% of the federal IT workforce is older than 40, per federal data cited in the report. Of the remaining population, just over 3% is younger than 30, and agencies continue to struggle to attract and hire younger IT talent to fill in this gap.

The “Future of the Federal IT Workforce Update” report has several recommendations for how federal IT hiring can be improved to attract the next generation of tech talent. Namely, it points to “creating common competency-based position descriptions; recruiting through commercial platforms, job fairs, and hackathons; using a [subject matter expert]-based assessment process; and leveraging direct hiring authorities.”

These findings are based on CIO Council interviews with two dozen CIOs, chief human capital officers, agency IT personnel, industry executives and others. The report is a followup to the 2017 State of Federal Information Technology, issued under then-Federal CIO Tony Scott. A similar study published by FedScoop and WorkScoop last December echos the need to hire, retain and reskill IT talent.

“Federal agencies need to more quickly and easily recruit and hire adaptable IT professionals with a breadth and depth of competencies in order to take on the technological challenges of tomorrow,” the CIO Council report says. “This can only be accomplished by identifying and adopting best practices that have been developed across Government and the private sector. … Top agency officials, IT practitioners, and industry leaders all agree that the Government will only meet future IT workforce needs by enacting a more holistic, enterprise-wide approach to reforming the competitive hiring process.”

Perhaps the biggest barrier to hiring the future federal IT workforce is the existing federal hiring system itself, the report suggests. Average time-to-hire in the federal government is more than 100 days, versus less than a quarter of that time in the private sector. And very rarely do competitive job announcements lead to federal hires because they’re lengthy, complex and arcane, the report says. And worst of all, the effort to go through that system typically results in a lower salary job with low mobility compared to the private sector.

“The required time investment by IT job seekers and compensation structure are the most significant barriers to Federal recruiting, and that structure limits career mobility,” says the report.

The report’s top recommendation is to create a comprehensive special pay system for IT jobs across government. It cites special hiring authorities that have worked for some agencies, but says “the Federal Government should take a comprehensive approach to modernizing compensation and promotion to better compete with the private sector.”

The council also emphasizes the need to pair IT experts alongside any HR professionals making hiring decisions, as proven successful in a recent U.S. Digital Service pilot. On top of this, the federal government should expand its hiring efforts to more commercial, conventional avenues like recruiting platforms, job fairs and hackathons to attract the best talent, rather than relying on USAJobs.gov.

The report features a number of other recommendations focused around the entire federal IT workforce life cycle, which also includes retaining, training and reskilling, augmenting and measuring tech talent in addition to hiring. Each of those areas is affected by five drivers: innovation, mobility, cybersecurity, agility and collaboration.

“The Federal Government is striving to adapt to the rapid pace of modern technological change, with initiatives such as IT infrastructure modernization, cyber threat mitigation, and artificial intelligence all being elevated in both policy and implementation,” says the report. “As such, it is critical that Federal IT workers are able to support, manage, and identify risks in new technologies across Government, enabling mission-driven delivery of effective and efficient services to the public.” 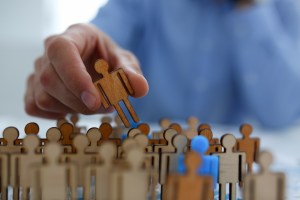