Agencies with foreign policy and national security missions must modernize to ensure officials performing those roles have the latest technologies at their disposal, according to a new memo from President Biden.

Modernization is one of the six principles that should guide the revitalization of the workforce, the institutions and the partnerships at those agencies, the memorandum says. The others are integrity, transparency, diversity, service and accountability.

President Biden‘s memo, issued Thursday, calls for recruiting and retaining technical talent that will strengthen the national security and foreign policy workforce, as his administration refocuses on diplomacy and rebuilding alliances that languished under former President Trump.

“Too many of America’s foreign policy and national security institutions have lost, or are at risk of losing, their technological edge,” reads the memo. “To succeed in a competitive world, we must close mission-critical knowledge and skills gaps, compete in and win the race for talent, equip our workforce with cutting-edge technology and agile, flexible, and adaptive organizational structures, and establish incentives and rewards for innovation across the government.”

The memo establishes an Interagency Working Group on the National Security Workforce chaired by the principal deputy national security adviser with deputy directors of the Office of Management and Budget, Office of Personnel Management, and Office of Science and Technology Policy serving as vice chairs.

Members include the heads or their designees of the departments of Commerce, Defense, Energy, Homeland Security, Justice, State, Treasury, Veterans Affairs; the Office of the Director of National Intelligence; the FBI and CIA; and the U.S. Agency for International Development.

The working group will task all agencies with forming a special advisory group of those heavily reliant on science and technology expertise to recommend ways of recruiting and retaining that talent.

In light of the COVID-19 pandemic, agencies will also be expected to propose innovative ways of surging hiring of skilled talent during crises and develop plans for increased flexibility that include remote work and adoption of secure, remote technology.

Lastly the agencies will assess their implementation of security clearance reforms and ensure investigations are efficient.

Starting a year from now, the working group will produce an annual report on the critical skills agencies need and their progress obtaining them. The group has 180 days to report on the authorities available for hiring talent in STEM fields to the national security workforce, how to more effectively use those mechanisms, and further executive actions needed.

The White House is looking beyond simply partnering with foreign nations, given changes in technology, and will use emerging technologies to further its partnerships.

“Cities and states have shown they can lead on issues such as climate change; industry stands on the cutting edge of technological development and is often responsible for securing our critical infrastructure; and social movements advance larger goals by taking coordinated, grassroots action,” reads the memo. “The United States must engage with all of these actors to best achieve its national security and foreign policy goals.”

A new National Security Council (NSC) Directorate on Partnerships and Engagement has 30 days for member agencies to each designate a senior official to oversee partnership engagement. Agencies are further encouraged to meet at least quarterly with a rotating group of partners from state and local government, academia, the private sector, nongovernmental organizations, and civil society.

Within 90 days, agencies must report to the APNSA on how they’ll contribute to a foreign policy agenda benefitting the middle class, and the APNSA has two years to release a report assessing implementation of the entire memo. 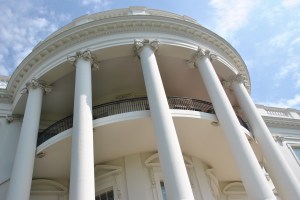