For months, city leaders across the United States have been warning their residents that the coronavirus pandemic’s ravaging of tax revenues and the absence of federal aid will result in drastic budget cuts and significant furloughs for staff as the health crisis continues.

And while IT officials won’t be immune from the cuts, some city technology officials are hoping to manage their current and upcoming projects with “minimal impact,” according to Julia Arrendondo, a spokesperson for New York Mayor Bill de Blasio.

While thousands of cities throughout the country are facing a budget deficit due to decreases in revenue since the pandemic began, some large cities, including New York, Denver and Los Angeles have started announcing that thousands of their employees — including technology officials and workers — will be furloughed for periods over the next several months, potentially delaying ongoing or future technology projects.

In New York, de Blasio this week said that all mayoral office employees — himself included — will be required to take as many as five furlough days between October and March 2021. While that does not include the city’s Department of Information, Technology & Telecommunications, it does include the offices of the Chief Technology Officer, Data Analytics and Information Privacy, all of which are housed under de Blasio’s team.

New York is facing a budget shortfall of $9 billion in 2021.

In Denver, which is anticipating a $190 million deficit, Mayor Michael Hancock on Tuesday proposed a 2021 budget that would save the city nearly $2.5 million in furloughs and vacancies in the city’s technology services department.

A budget deficit forced government workers in Clark County, Nevada, to take on a four-day work week starting in July, where county Chief Information Officer Nadia Hansen told StateScoop they were “really trying to do some cost recovery.” Clark County, which contains Las Vegas, was hit especially hard by the pandemic, with some estimates totaling more than $1 billion in lost revenue.

Los Angeles Mayor Eric Garcetti announced earlier this month that his city is in a “fiscal crisis” and called for the furloughing of 15,000 civilian workers over the next several months to help relieve the city of a budget deficit that could reach $400 million.

The trend of cities furloughing municipal workers could continue into next year if the economic downturn caused by the pandemic persists, Arrendondo said.

“The bottom line is that these are hard sacrifices we have to make while we’re facing such a dire situation,” she said. “This is a first step and we might have to take further action.”

Los Angeles will require city employees to take one furlough day every two weeks starting Oct. 1, while New York City employees impacted by the furlough will be able to choose five days out of the next several months to take as unpaid vacation. A spokesperson for Garcetti, though, said that the furloughs will not affect operations for the city’s Information Technology Agency, which is responsible for cybersecurity and tech support for the city’s essential workers.

Arrendondo said that maintaining flexibility even as employees are forced to take time off will help reduce the impact on city services. It’s not as if “the whole city is pens down for a week,” she said.

Despite the harsh economic conditions, some technology officials have told StateScoop this year that the pandemic has created an opportunity for innovation that otherwise wouldn’t have occurred. Several state chief information officers, including Tennessee’s Stephanie Dedmon and Massachusetts’ Curtis Wood, said in August moving to remote work has enabled them to push forward technology initiatives that otherwise would have remained on the back burner in their states.

But largely, public safety precautions taken by cities to slow the spread of the virus, like closing businesses and tourist-friendly public spaces, have sharply decreased local revenues nationwide, according to a study published earlier this year by the U.S. Conference of Mayors and the National League of Cities. More than 1,100 of about 2,400 cities surveyed said they plan to scale back public services, and that number could rise in the absence of more federal aid.

Arrendado told StateScoop that New York City will reassess the need for more furloughs if another stimulus bill isn’t passed by Congress. 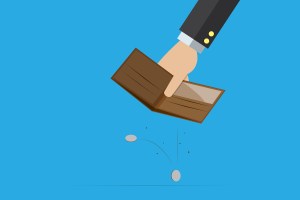