The National Commission on Military, National, and Public Service has a few ideas on how the federal government can better attract and retain IT and cybersecurity talent.

In a recently released staff memorandum, the bipartisan commission offered its preliminary findings and thoughts. The memo was released in tandem with a hearing on critical skills and benefits held May 15.

“High demand by private-sector employers for workers with critical skills, such as health care, cybersecurity, IT, and STEM, poses special challenges for federal agencies that also need these workers,” the memo states. But there are some things that the government could do to be more competitive.

Among various other recommendations, the memo proposes that the government:

Other suggestions in the memo include building a better talent pipeline through internships and fellowships, improving public servant benefits and generally improving the federal hiring process.

U.S. Digital Service Deputy Administrator Eddie Hartwig, who testified at the May 15 hearing, offered some reflections on the benefits of the active recruiting that the USDS does. “We need to rethink how we hire, and invest more in active recruiting, not just relying on a more passive HR approach,” he said in his prepared testimony, arguing that USAJobs is difficult to use for individuals without prior federal experience. At USDS, he said, recruiting and hiring is built into the way everyone works.

The May 15 hearing was just one of fourteen the commission plan to hold before delivering a final report to Congress in March 2020. The Commission is also accepting public comment on the findings of its staff memo.

Various federal agencies are already making changes to how they recruit and hire people with sought-after skills. The Defense Digital Service announced last week that the Pentagon has inked a contract with five civilian recruiting firms that will help the defense agency find candidates with backgrounds in computer science, product management and user experience design. 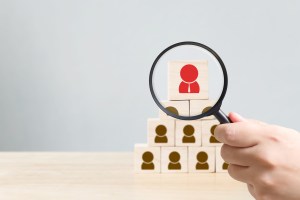