The civic-technology corporation CityInnovate on Tuesday announced the first government members of a new program that will bring research universities and local government agencies together to solve community economic and environmental challenges.

The STIR Labs program, which was announced last month, has accepted 17 city and regional agencies into its first cohort, including the cities of Detroit; Memphis, Tennessee; Pittsburgh; San Jose, California; and San Antonio. The cities will work with several private sector partners, including CityInnovate, which has operated the Startup in Residence program to match startups with city agencies for several years, and The Berkeley Innovation Group, a California-based consulting firm, to form potential research projects that local universities could assist with.

By the end of November, CityInnovate said, each of the 17 agencies will be paired with a local university to study a critical community issue, ranging from transportation and housing affordability to using AI to make local economic decisions. The project is intended to diversify the research community that local governments rely on, said Susana Benavidez, the director of STIR Labs at CityInnovate.

“We hope to have researchers that reflect the community in which they work,” Benavidez told StateScoop in August.

The research projects, which will be announced in October, will last 16 weeks, with the opportunity for universities to secure public research grants after the program has ended. Much like the partnerships between startups and government agencies within the Startup in Residence programs that CityInnovate and San Francisco have been managing since 2014, Benavidez said, agencies will have the opportunity to receive help with community issues from sources they might not have previously considered.

“This is something that we’ve identified as a pain point in our informational interviews with other governments,” Benavidez said.

The project is entirely funded through the National Science Foundation’s Early-Concept Grant for Exploratory Research program, which awards money to high-risk, high-reward projects that attempt to change the nature of research itself. 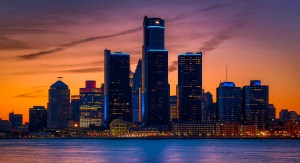