Quizlet — an edtech company specializing in artificial intelligence-driven study tools — has teamed up with rising social media giant TikTok on interactive learning. The new partnership allows TikTok users to embed Quizlet tools directly into their short-form videos, opening up opportunities for teachers to reach their students in a new way.

TikTok users can choose from more than 450 million study sets from Quizlet, as well as browse subjects like languages, science, history and arts. Users click on the Quizlet-specific link in the video to interact with the tools all within TikTok.

“This integration between TikTok and Quizlet is a unique opportunity to bring together the fastest-growing mobile entertainment platform, and the largest AI-powered learning platform to reach students where they are,” Phil Carter, Quizlet’s director of growth said in a press release.

The integration between the two companies is particularly relevant given the continued presence of remote learning in student lives, Carter said. Select TikTok users — especially those who focus on learning and informative content — will soon see an option in the app to link to a Quizlet tool, TikTok announced. Educators who already have their own study sets on Quizlet will be able to add them to their TikTok videos as well.

The collaboration is part of TikTok’s $50 million “Creative Learning Fund,” part of a larger initiative to support its users during COVID-19 that includes partnerships with scientists and celebrities like Bill Nye, Neil deGrasse Tyson and Tyra Banks.

“The integration with Quizlet is an important step in our commitment to assist creators in the production of learning content, provide resources for learners and introduce emerging teachers to the TikTok platform,” Sean Kim, TikTok’s head of product, said. “2020 forced everyone to find new ways to educate and learn, and we believe bringing together the Quizlet and TikTok platforms can help build human connection, promote creative learning content and inspire enriching ideas.”

TikTok launched in 2016 and is owned by ByteDance, a Chinese company. As of 2019, the company reported 800 million active users.

Before leaving office, former President Donald Trump issued an executive order prohibiting U.S. companies from providing internet and content delivery services to TikTok unless its parent company was to sell off its stake in the U.S. app. The prohibition came amid concerns that ByteDance was sharing user data with the Chinese government, which the company has denied.

The company agreed in September to break off its U.S. business into a new firm, TikTok Global, with a 20% ownership stake from the U.S. companies Walmart and Oracle. In November, the Trump administration’s Commerce Department published in the Federal Register that the president’s order “has been enjoined and will not go into effect, pending further legal developments.”

As he prepared to leave office in January, Trump issued another ban against several Chinese-owned applications in the U.S.; however, those bans were set to go into effect after he left office. The Biden administration has not made a decision on whether it will proceed with the bans. 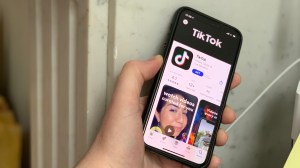 Quizlet teams up with TikTok for interactive learning