The more than 400 employees of the North Dakota Information Technology Department usually occupy the state government’s largest and most expensive office space — a recently remodeled 85,000 square-foot building in Bismarck that will cost the state nearly $3 million in rent over the next two years.

But as the pandemic shifted prevailing attitudes about remote work, ITD has allowed its employees to work from outside the office — and will continue to do so after the health crisis has abated, state Chief Information Officer Shawn Riley told StateScoop — leaving the state with a big, mostly unoccupied building to pay for. (The Associated Press recently reported North Dakota pays more than $10 million in rent for agencies at about 170 locations statewide.)

A clause that might have allowed the state to renege on its lease, which expires in 2025, hinging on the legislature’s decision to continue funding it, was deemed by the state’s legal team as “effectively” unusable, Riley said. Instead, officials are coming up with new ideas on how to use the facility in the coming years, including ITD sharing it with other state agencies and the possible formation of a “collaboration center.”

“Part of that building is set up for brainstorming sessions and think groups and those kinds of things,” Riley said. “But we expect to be able to use one floor almost entirely for that, but enable it not only for us as IT, but open it up for anybody in the state.”

Riley estimated his department can get by with about 20% of the office space it used previously, only keeping on-site staff to support functions that need to be in-person, like corrections and health care agencies or the state’s cybersecurity forensics labs.

“Ultimately we believe we can considerably lower the cost to the state because we don’t need nearly as much square footage and we’ll certainly be working through that,” Riley said. “The main thing that we’re working through right now just comes down to making sure that we continue to have the right customer presence and ensure that our customers are really being heard and being acknowledged. And there’s a lot of folks who expect face-to-face contact and we just have to work through that with them.”

Over the course of the pandemic, state CIOs have sorted through many considerations regarding management of their newly remote workforces, such as how to maintain strong office cultures, preventing burnout and avoiding legal snares. Riley said most of these were ironed out in North Dakota last year, in part by leaning on the knowledge of a private sector that has accumulated decades of legal precedent. Culture can also be nurtured just as effectively remotely, Riley said, if leaders are “deliberate” about it.

But meeting the rising expectations of the IT department’s customer agencies is critical, he said.

“Customer expectations have gone through the roof,” Riley said. “Today, in a telework environment, they are almost entirely dependent on the digital process so even something as simple as a [Microsoft] Teams outage can cause someone to be completely ineffective.”

Riley said his most recent numbers show that ITD enjoys a 96.2% satisfaction rating among its customer agencies, but those high scores aren’t what they used to be.

“While that would have been a really good number pre-pandemic, nowadays that means about 4% of your people are unhappy and you’ve got to go figure out how to really bring them back,” he said. “Because things that go wrong have a much bigger impact on the business today than they used to.” 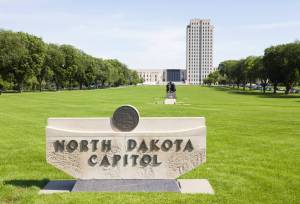 North Dakota’s IT offices could shrink by 80%, CIO says